Well Tuesday rolled around and despite the weather saying it would not rain, it did rain on my bus ride to the city. The good news is, that was the extent of it for the day. The not so great news is that even tho I left really early I made it just in time for my tour….Or so I thought. Turns out because of how the email was laid out I flipped the days in my head and showed up for the wrong tour ::face palm:: So if I had arrived when I had intended I would have still made the original one but, alas, I did not. I was really bummed at first as I was meant to see Jericho, Ramallah and Bethlehem. However, there was at least a half day to Bethlehem that I could still catch, so I accepted. The lady at the desk actually said she preferred this guide and tour and that overall it was much better than the one I had originally booked. Maybe she was just trying to make me feel better, but at the end of the day, I did enjoy not rushing and getting to see most of the city and the guide also told me that he actually won’t guide the other tour because he feels it is too rushed and not worth people’s time. So! Maybe it all worked out in the end:) I think historically I preferred the tours around the old city because there is just so much there but it was really neat to go through the star street and the birth place of Jesus especially right before Christmas. Though really great for us, it was shocking to see barely anyone there at this time of year. We were told that tourism has gone done 90% in the last two years since the media has declared unrest in the “Middle East” as a whole. It’s understandable but really having no line to walk into the cave where Jesus was born a week before Christmas drove the point home. Along with the church of the nativity we also went to the church of St Catharine and the Church of the Milk Gratto. 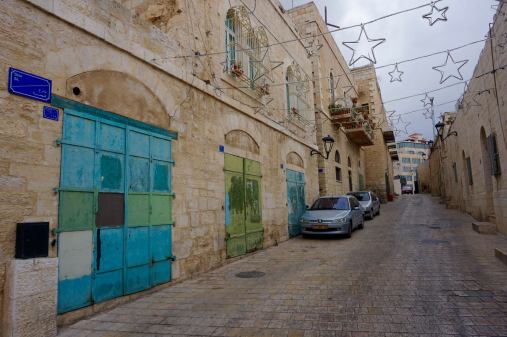 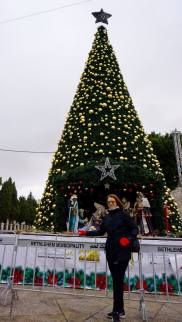 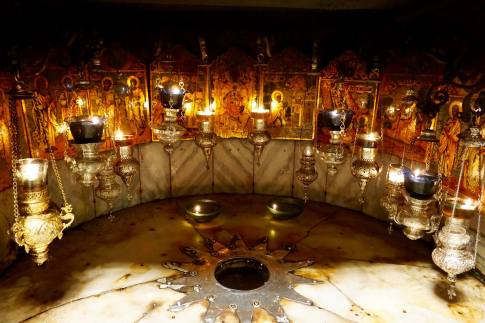 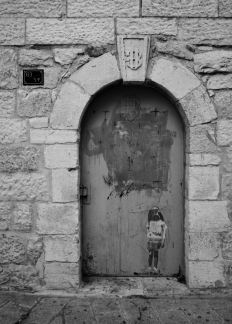 However monumental these locations, the most impactful part of my day today was actually crossing into Palestine. The check point going in was basically driving through the gates in our van but actually having to meet our guide inside the walls made the situation here very real. A lot of places I’ve seen so far have no wall or one that looks like it could possibly have a backyard on the other side but today I felt it. At the end of our tour we stopped to see what is left of Banksy’s street art in Bethlehem. What we didn’t realize at first was that behind us was the wall. Turning around had an immediately sobering effect. I don’t want to get into any political debates or offend anyone here. What I can say is that it was like looking at the Berlin Wall but realizing it wasn’t history. Tomorrow I have my Tour of Hebron in which we are meant to engage in a dual narrative with both an Israeli and Palestinian. I imagine it will solidify this feeling. Today it was quite intense even just to hear about how our guide was hoping to have permission to leave to visit family for Christmas but it’s 10 days away and he still hasn’t heard anything from the Israeli government. Along the wall there are also poems or stories written by Palestinians musing and wishing over what life could be like with this barrier. It made for another day of humbling contemplation. On our way out, the Israeli guards boarded out van this time to check nationalities and passports making their guns immediately more threatening in a very enclosed space. Lucky for us there were no issues and we were on our merry way, unlike our guide still awaiting his visa. 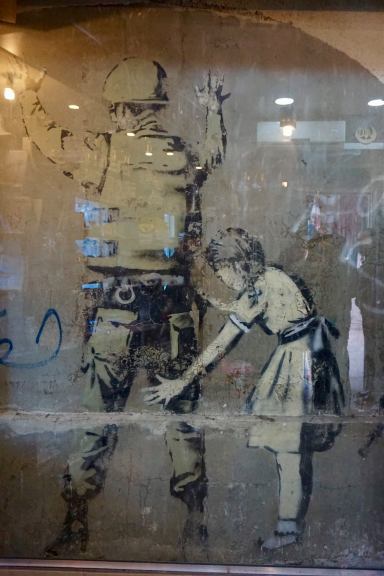 Because my tour turned into a half day, I came back to a sunny (although chilly and windy afternoon) to check out the big market (Shuk) here. I wasn’t sure when I was going to fit it in so was excited for the opportunity. If you know me, you know I love a good market and wished I hadn’t been too chicken to take more photos of the hustle and bussle, the mounds of spices, dried fruit, tea, etc. I decided I should probably buy a bunch of things I wanted to try and bring them back with me for dinner since I was too full from sampling to eat then. With several bags in my hand and squishing on the bus (feeling a little more local at this point) I headed back to relax and write and drink tea for a bit. Much needed since my legs felt like I couldn’t walk any more! A feast of dried fruits, fresh pressed rice cakes, a variety of cheese and schmear, and locally made cider topped of another eventful day. 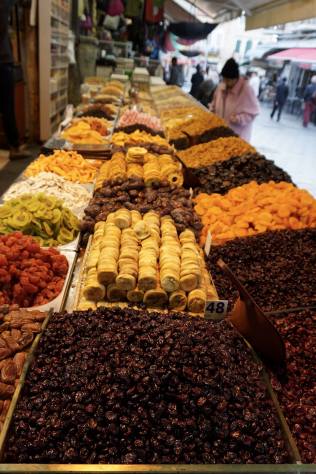